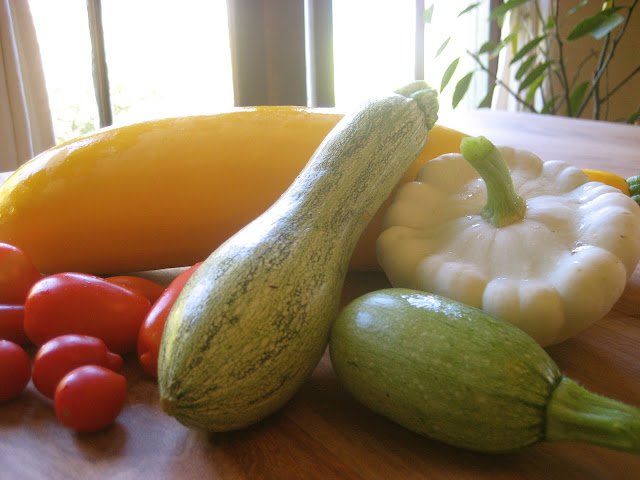 Walking with Loki through the hilly streets today I heard someone yell, "Glad you got him back!"

I turned and saw a distant neighbor walking his German Shepherd and waving at me. "Everyone was so worried," he said, listing the names of neighbors I didn't know, "but then AJ said you found him the next day."

I didn't know this person's name, but I knew he lived on a ramshackle house on a steep hillside about a half mile away. I'd often seen him in the heat of the afternoon, sweating through his bandana, blaring disco and oldies from his boombox while tending his enormous veggie garden.

I waved goodbye as our paths diverged and continued on my walk. It was a crystal clear day, and the mountains were sharp in the distance. I had one of my frequent "I love this place" moments as I ducked under an enormous bougainvillea to find some hidden steps down to the road.

As I wound back up the street toward my house I passed the neighbor sitting on a plastic chair at the foot of his hill. He waved again then held out a plastic grocery bag. "Here, have some squash and stuff. And these cherry tomatoes. I got a million."

"Hey thanks!" I said, taking the bag.

"Next month I'll have watermelon," he said, gesturing to the sprawling tangle of leaves on the hill.

I smiled as I walked home in the sunshine.

I have a Neighborhood.
Posted by Annie at 2:15 PM

Head over to my new website to find out more about my tutoring services in the Los Angeles area!

I love to talk!

You can reach me at: Annie [dot] paperbuttons [at] gmail [dot]com